The driving force of Stranger Things is what is held mysterious, despite an overall storyline and tone that borders on the familiar, as a way of keeping things all the stranger to both viewers and the characters. True fans are, of course, committed to learning more about what’s going on in the story or behind the scenes. This is where we come across the latter. You’ll be somewhat shocked at these behind the scenes facts.

The mega hit Netflix original series is credited as responsible for getting the ’80s back to the mainstream, led by a group of kids and adults who discover something from a Steven Spielberg sci-fi special with a good support from Stephen King and H.P. Lovecraft, in their little town of Hawkins, Indiana, lurking. And after surviving the harrowing conditions of the 2016 deb of Stranger Things.

Keep reading for a look at these 8 amazing behind the scenes facts.

Speaking of historical precision, in the design of Starcourt, the production crew for Stranger Things did a stellar job capturing the aesthetic of the most popular indoor summer attraction for teenagers of the 1980s. The secret: The Gwinnet Place Mall in Atlanta, the actual shopping centre in which they shot, was built in 1984, one year before Season 3 took place. 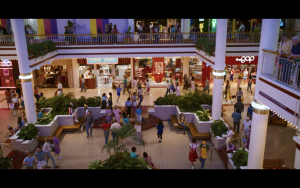 The escape room of The Hopper’s Cabin is one of many ways that Stranger Things has affected pop culture, but is it true that someone else’s work influenced the concept of the series? Ok, to be honest, the answer is no, because Charlie Kessler, who accused the Duffer Brothers of ripping off his 2011 short film Montauk (which is coincidentally identical to Season 1) in 2018, dropped the suit after facts emerged to show that the twins started designing the plot in 2010. 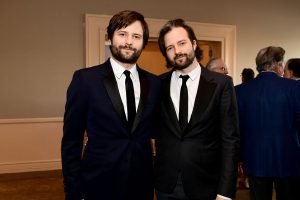 5. Hopper Vs Grigori Took 4 & A Half Days To Shoot

Although it took a village to bring together the fireworks inside Starcourt Mall, it was the one-on-one final battle between Chief Hopper and Russian hitman Grigori that took the most time to shoot. Filming the battle by itself took four and a half days to film. Apparently, it took a lot of time for Grigori and Hopper’s actors to organize and practice the war. 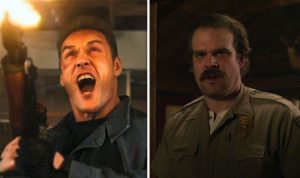 7. Dacrey Montgomery had an unusually shirtless audition tape. Dacre Montgomery played the greasy-headed Billy Hargrove in the second season. The character was a nod to the classic Stephen King villain Randall Flagg, who has appeared in several of the author’s novels. But in his audition, Montgomery channelled a lot of other demons. 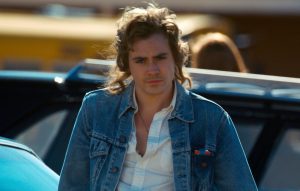 8. The Duffer brothers pulled a morbid prank on Noah Schnapp’s mother.  Could you even imagine, Noah Schnapp plays Will Byers, whose disappearance sets the entire show into motion and whose fake dead body covers up the government’s secret project (for about five minutes). The show ordered a prop body from Fractured FX, and when it arrived, they used it to freak out Schnapp’s mom.